Eldorado is now on Britbox

Yes, it's true – the BBC has grown up (a bit) and Eldorado has finally appeared on Britbox! Well, partially, at least.

Of course, we have the opening episode, where you may recall Marcus being doorstepped by a BBC reporter, Pilar on a horse and Bunny introducing Fizz to everyone, hidden by a huge bunny rabbit.

Then things jump forward to the Christmas Day 1992 episode, by which time it's all kicking off with Joy, Terry and Trish, and Freddie's secret daughter Natalie has come on the scene. Skip forward a couple of episodes, and it's high tension between the Leducs, and Blair is up to no good (not that he ever was up to any good, to be fair).

By Valentine's Day 1993, we have reached the point of Javier's death, the aftermath of which dominates this episode, where we see how Ingrid, Freddie and the Fernandez family are reacting. And, to finish, we jump forward to the final six episodes, where... Well, I'm sure you remember. It's dramatic stuff as the loose ends are tied up and there are happy endings for some (but not so much for others).

This is all good news, and better than nothing, but hopefully Britbox will do the right thing and offer the entire series soon. We could do with a bit of escapism – after all, a lot of us really want to escape now...

Meanwhile, with the 30th anniversary of the show approaching fast – and surely there should be something big to mark that – here's how Los Barcos is looking these days. Not bad, right? 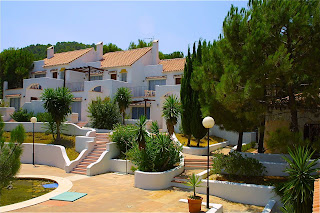 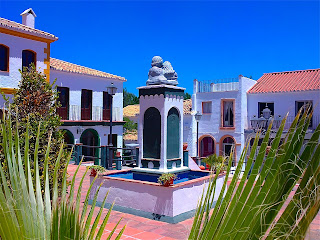 Eldorado alumni, get in touch – let's hear your memories.